The Design of OS/2 - An Awesome Book from the Past! 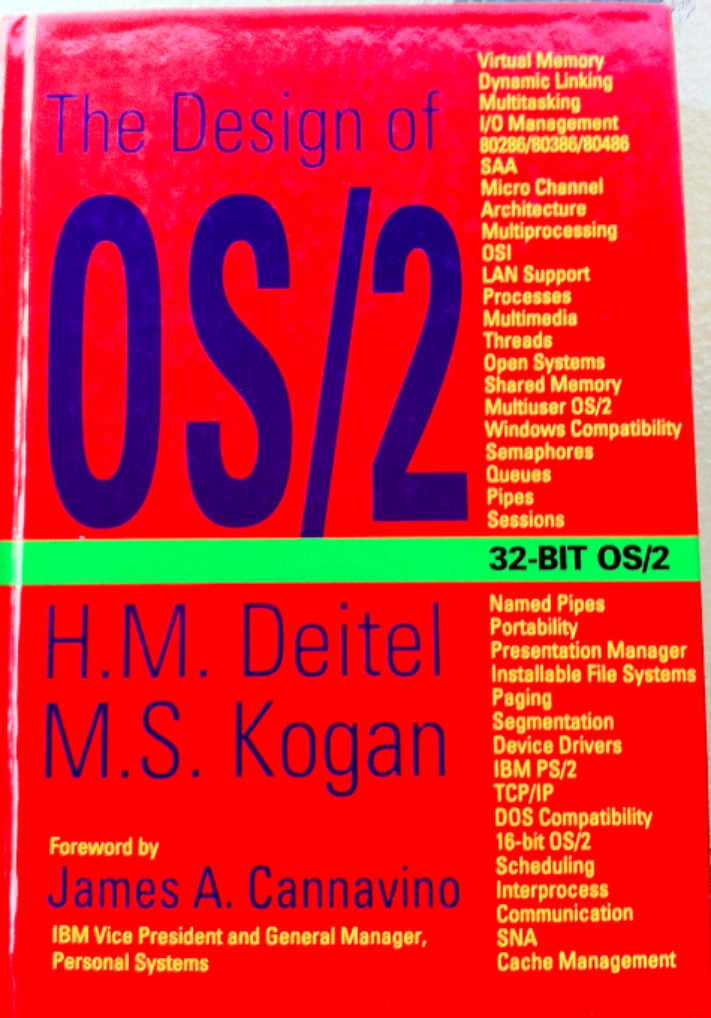 What an AWESOME BOOK! I just went back and pulled an old book off my bookshelf and reread it. It was “The Design of OS/2” by HM Deitel and MS Kogan.

This book was published in 1992. Now understand that this book was written and published before the Internet was open to the public, before “Security” as we know it surrounding computers in today’s day and age, and before Microsoft goes down the path of releasing Windows NT (based on OS/2). Before Windows 95 had log filenames, OS/2 already did, TCP/IP.. OS/2 had it, Multi-tasking, yep you guessed it OS/2 had it. Windows also has NTFS, well OS/2 had HPFS, you know it as NTFS now.

But the amazing thing I noticed while reading this book was how it touched on the future problems surrounding OS design such as security and protecting applications from each other so that they could not crash or affect each other.

“Another difference between [OS/2 and Windows] at the design level is that Windows trades integrity and protection for DOS compatibility, whereas OS/2 does not. The result is that Windows experiences more system crashes due to poorly behaved DOS applications…. Windows 3.0 represents a regression in operating-system technology…”

Wow. Band-aided software… even in 1991 it was well recognized.

Look back for 20 years since this book was written, it is amazing that it was so clear in this book where we should go and what the problems would be. It seems like such a struggle over the years to reach this point where we finally are with Windows Server and Windows 7. Knowing what has happened in the past and where we stand now, it seems we could have just read this book and known. It is so sad that with such a strong basis for an operating system that OS/2 died without being used. Yes, I know that most of the code that was shared with Microsoft is now what we actually know as Windows NT/2000/Windows7.

Note: I also realize the role of UNIX in the world of design; however, in 1991 building UNIX on a PC was quite an undertaking. Thank god for GNU/Linux! BTW: there are still people building and supporting OS/2. See http://en.os2.org/

It might be hard to get your hands on this book, but if you do it is worthy of a read and great for your history museum.